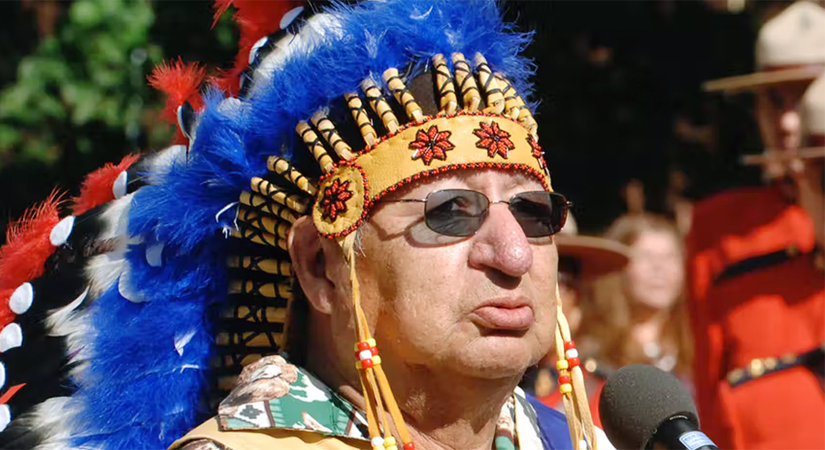 -by Brad Chandler
The new ferry that will cross the waters of Little Narrows between Inverness County and Victoria County has been named in honour of the late Grand Chief Ben Sylliboy.
A contest held this month by The Department of Public Works asked students from the We'koqma'q Mi'kmaq School and the Rankin School of the Narrows in Iona to think of a suitable new name for the ferry before it begins operation later this spring.
A grade eight student from the We'koqma'q Mi'kmaq School won the contest when they submitted the successful name change to be in honour of a “steadfast, compassionate leader of the Mi'kmaq Nation.”
The Grand Chief Ben Sylliboy will replace the Caolas Silis, a 12-car cable ferry that operated in Little Narrows for the past 32 years.
In a media release Wednesday, Public Works Minister Kim Masland said that the name of Grand Chief Ben Sylliboy stood out as he was “well respected and committed to serving his community and the Mi'kmaq people. Above all else, he was a wise, humble and caring leader who treated everyone with kindness and respect."
A residential school survivor, Grand Chief Sylliboy promoted Mi'kmaq language, culture and spirituality and played an important role in advancing reconciliation.
He was first selected as “Keptin”, a lifelong position of great honour often referred to as a hereditary or life Chief in other parts of Canada, by his community in 1968. He was given this honour due to his continued engagement with the community of We'koqma'q and his willingness to always help out community members and the church.
In 1970 he was elected as an Indian Act Band Councilor. He served nine terms as councilor for his community. In 1992 the Putus of the Grand Council Charlie Herney informed him that then Grand Chief Donald Marshall who was very ill had asked that Ben take on the role. He was later named Grand Chief.
Grand Chief Sylliboy passed away in 2017 at the age 76.
Marie Sylliboy, the widow of Grand Chief Sylliboy spoke of her late husband following Wednesday's announcement. “He used the ferry many times,” she said. “Whether for business to attend meetings or for pleasure to catch ball games or enjoy the scenic route. May the future crossings of the Grand Chief Ben Sylliboy honour his spirit, reconciliation and community service.”
The new 15-car cable ferry cost about $6 million, with the federal and provincial governments splitting the costs. The new ferry is said to provide a reliable service for the next 40 years and to have lower operating costs and greenhouse gas emissions.