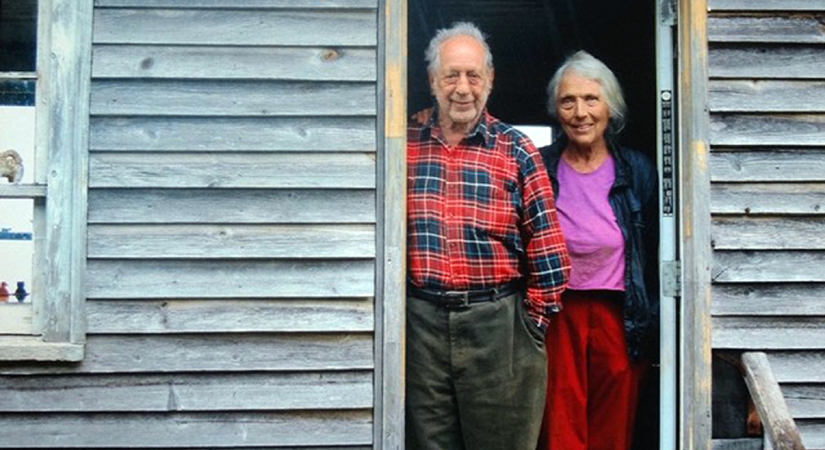 Robert Frank and June Leaf in the doorway of their home at Mabou Mines, Cape Breton.        (Photo by: Wayne Lynch and Meg Lunney)

It was two years ago on September 9th, 2019, at the age of 94, that renowned photographer, film maker, and artist Robert Frank passed away in the Inverness Consolidated Memorial Hospital (ICMH), a half-hour drive from his beloved home in Mabou Mines.
On this second anniversary of his passing, June Leaf and the Inverness Consolidated Memorial Hospital Charitable Foundation are excited to publicly announce the substantial legacy that Robert left to the ICMH Charitable Foundation.