Barking up the right tree: Cheticamp woman sees the need for a dog park in the area 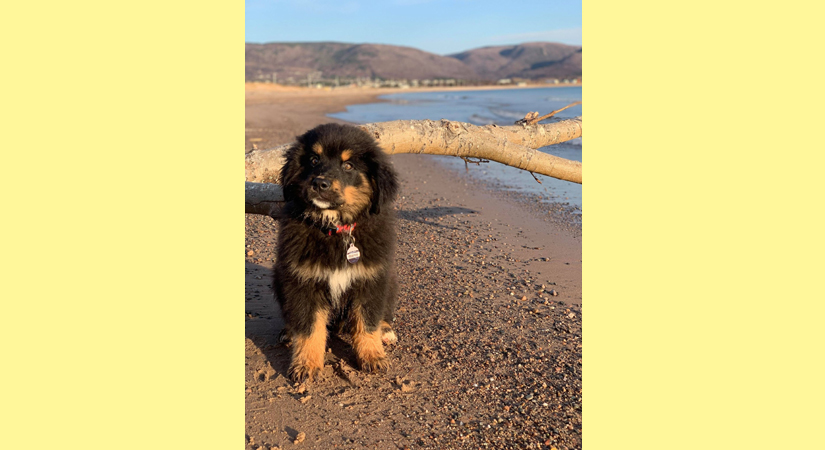 Sophie Larade was born and raised in Cheticamp and returned last year to do online schooling due to COVID-19.
She got herself a dog in March, but quickly realized that there were basically no designated off-leash areas in Cheticamp for dogs to run freely and safely.
“I got talking with other dog owners and they have expressed the same concerns, so that’s when I posted the first poll in Community Bulletin to see if there would be interest for a dog park in Cheticamp,” explained Larade.
She said the responses she has received from the public were overwhelmingly positive.
“We got an overwhelming response of over 160 votes for having a dog park in town, with only five votes for no,” said Larade.
She then created a small survey to see what the “doggy demographic” is in Cheticamp and what people would like to see in a dog park.
“Within four hours of posting the survey, I received over 80 responses. Seventy-five per cent of small breed owners said that they would like a designated area for their smaller dogs to run safely, away from large breed dogs,” she explained.

Since then, she has received 22 names of people who are willing to volunteer to help maintain and fundraise for the dog park.
“Most people want to see dog waste stations that provide poop bags, which is definitely in the realm of possibilities,” said Larade.
She said that there have also been many responses to her survey saying that it must be clear that owners are using the park at their own risk.
“Overall, there haven’t been many negative responses, just to be mindful that small breeds could be vulnerable if they’re let loose with large breeds (which is why we want to establish a designated small-breed zone),” said Larade.
Asking if she had a location in mind, she said that there is a site that they are considering, but that they have yet to contact the landowners yet; as this is all very preliminary and they are still in the early stages of planning.
“We plan on asking for donations from businesses and individuals in the community to help finance the project, which we haven’t yet predicted what costs will look like,’ she added.
Larade is working with four other locals, Andre Bourgeois, Gabrielle Andrews, Mélanie Bourgeois, and Samantha MacKinnon, to get this project underway.
If you would like to participate in the survey, search Sophie Larade on Facebook. If you are interested in getting involved, contact her via Facebook or by email at This email address is being protected from spambots. You need JavaScript enabled to view it..