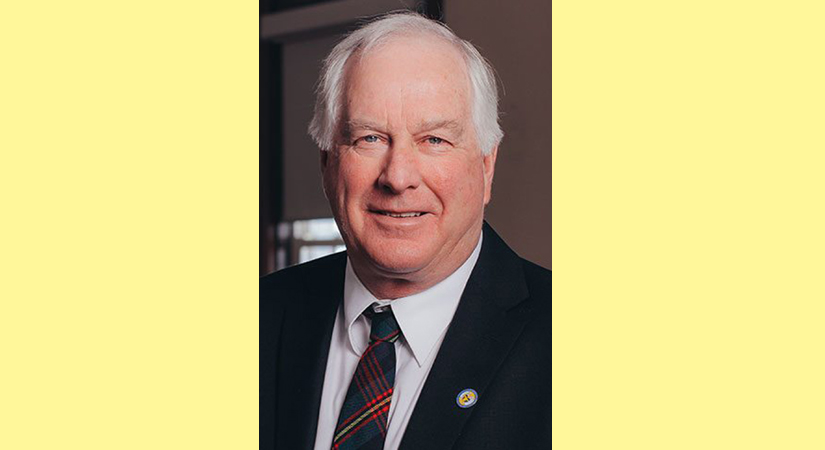 Inverness County Council took action last week against one of its own.
At the monthly session of County Council on Thursday of last week, council voted to censure District #4 (Whycocomagh/Orangedale/Ainslie) councillor John MacLennan.
The motion to censure was introduced by councillor Jim Mustard, who said that MacLennan had acted against the county by sharing confidential information from in-camera meetings and his municipal email account.
He went on to say that contracts and wages were being discussed in public and that confidentiality has to be respected at this level for all concerned.

Apparently, attempts to right the situation were unsuccessful, so the motion of censure was in order.
Whereas Section 22(2) of the Municipal Government Act provides the authority for council to meet in closed, in-camera meetings to cover information such as to discuss personnel matters, labour relations, legal advice, or other sensitive topics that must be kept confidential to protect the integrity of all parties involved.
Whereas there needs to be strict adherence to the code of conduct when in camera, to not share any information outside of the meeting. This allows and encourages greater honesty, independence, and oversight and should enhance the relationship of council.
Whereas council unanimously recommended that the county solicitor investigates possible in-camera breaches and Council Code of Conduct violations.
Whereas it was determined, based on the solicitor’s investigation and report, that councillor John MacLennan breached in-camera privilege and confidentiality and was in violation of the Municipal Council Code of Conduct Policy.
Be it resolved: That councillor John MacLennan, who knowingly breached the confidentiality of the in-camera meetings, will lose his privilege to participate in any in-camera meetings. This disciplinary action will be undertaken and upheld until such a time that councillor MacLennan wishes to comply and follow the Council Code of Conduct Policy and requirements of the Municipal Government Act and at such a time as council reviews and accepts his request to be re-instated to in-camera meetings.
Whereas if any member of council shares private municipal work emails with the general public, without prior written consent of fellow councillors, CAO and/or staff, that after being given a fair warning that they may lose municipal email privileges.
Be it resolved: That councillor John MacLennan, based on his repeated sharing of municipal emails, shall lose his email privileges until such time that he demonstrates to council, CAO, and staff that he is willing to follow the Code of Conduct Policy with regards to email communication protocol.
Further be it resolved: that councillor John MacLennan based on his repeated breach of confidentiality of the in-camera meetings and sharing of municipal emails will lose all privileges to represent the municipality on committees until such time that he demonstrates that he is willing to follow the code for in-camera meetings and email confidentiality.
The vote to censure passed four to one with MacLennan voting against and Warden Betty Ann MacQuarrie absent from the meeting.