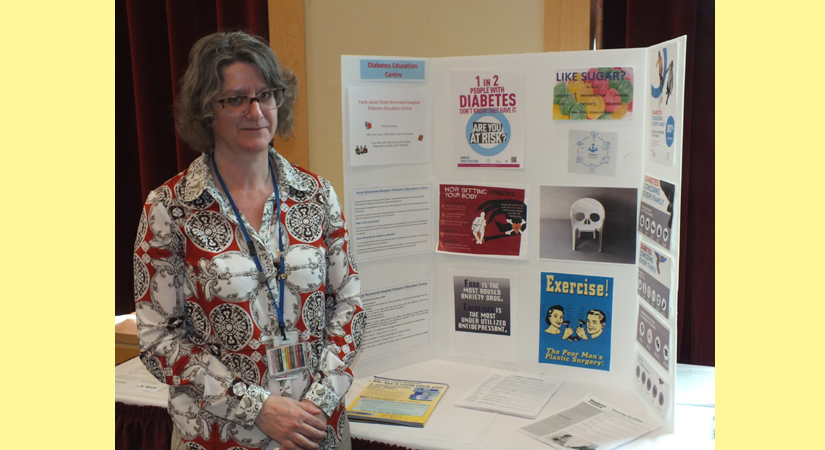 A research and health and wellness pilot program called Sassy Seniors wrapped up last week at the YMCA in Port Hawkesbury.
The program offered a number of outcomes for seniors in the area who participated in the program including:
– Participants who reported improved fitness (strength, mobility, flexibility, cardiovascular).
– Increased senior registration in other fitness or social activity programs.
– Reported improved knowledge or other community health services.
– Reported less social isolation with report of making at least one new friend or acquaintance they can call or meet with.
– Volunteer youth got experience serving food, conducting surveys, and social contact.
– YMCA achieved recognition for “senior-friendly” organization and built upon knowledge gained to offer further senior programming.
There were 76 females and nine males who participated in the program. The seniors were predominantly from Port Hawkesbury (46 participants), but some came from as far away as Havre Boucher, Whiteside, and Judique.
Patti MacDonald-David, a Judique native and manager of The YMCA in Port Hawkesbury, said she saw plenty of opportunities for the seniors who took part in the program. She also noted that 51 per cent of the seniors in the program had not used the YMCA prior to the program.
Two NSCC social services students also participated in the program by surveying the seniors.
Those students made a presentation on their findings at the wrap-up session last Friday afternoon at the Bear Head Room in the Port Hawkesbury Civic Centre.
NSCC student Michelle Mashaghati noted that the majority of the seniors in the program led healthy lifestyles: Seventy-seven per cent of the seniors did not drink alcohol, only five per cent had one to two drinks per week, and five per cent had three or more drinks per week. Ninety-nine per cent of the seniors in the program were also non-smokers.
Word of mouth, social media, radio, and newspaper led the way in how seniors get their information.
Seventy-five per cent of the seniors in the program said they were interested in more activities.
Lack of time, cost factors, no interests, lack of friends, and transportation issues ranked as the reasons (in that order) why seniors don’t get involved in programs or activities.
Fifty-four per cent of the seniors said they exercised regularly, 29 per cent said they exercised occasionally, and 17 per cent said they never exercise.
Improving overall fitness, improving flexibility, strength, balance, and improved eating habits were cited as the top reasons that seniors were interested in the pilot program.
Well over half the seniors also said they took the program to socialize and to meet new people.
Many of the testimonials from the seniors were positive. Many said they would do the program again if it was available. YMCA Manager Patti David said seniors should stay in touch with the ‘Y’ as they would like to introduce a new program to suit the needs they expressed. She also encouraged them to come and see them if they have financial challenges that would prevent them from taking the program as the YMCA may be able to find ways to assist those in need. She also noted that the organization is creating a new newsletter.
211 Service in Nova Scotia
211 Services in Nova Scotia have been in existence in Nova Scotia now since 2003.
Suzy Teubner, director of Communications and Outreach for 211 in Nova Scotia, made an informative presentation on the service to seniors last week in Port Hawkesbury.
The idea for the 211 program originated with the United Way in Atlanta, Georgia, and it has since spread to many areas across the globe.
“They had found, in Georgia, that there were many programs designed to meet people’s needs, but the people who needed the programs the most often didn’t know about them. We’ve also found that it often takes up to seven calls before a person can find the information that they need,” said Teubner.  Hence, the creation of 211.
211 is a non-profit navigating organization, which creates a large database to serve a wide scope of people’s needs and questions about community and social services.
The service is available 24 hours a day, seven days a week, and 365 days a year.  One hundred and forty plus languages are served.
In 2018, in Nova Scotia, 211 received over 35,000 phone calls and over 325,000 web visits. 211 made more than 43,000 database referrals to more than 4300 different programs and services as well in 2018.
All calls to 211 are confidential. If you call 211, they may ask you the community from which you are calling from so that they know where the needs and services are and they do collect data on gender, age, and demographics to assist with the same. 211 also tracks what the unmet needs are from the reported calls. They use this information to advise government agencies on what and where their needs are most pressing.
Primary needs that have been identified in Nova Scotia are housing, food, financial assistance, transportation, and material goods (in that order).
“Our database is growing all the time and we are here to assist you access the programs and services you need,” Teubner concluded.