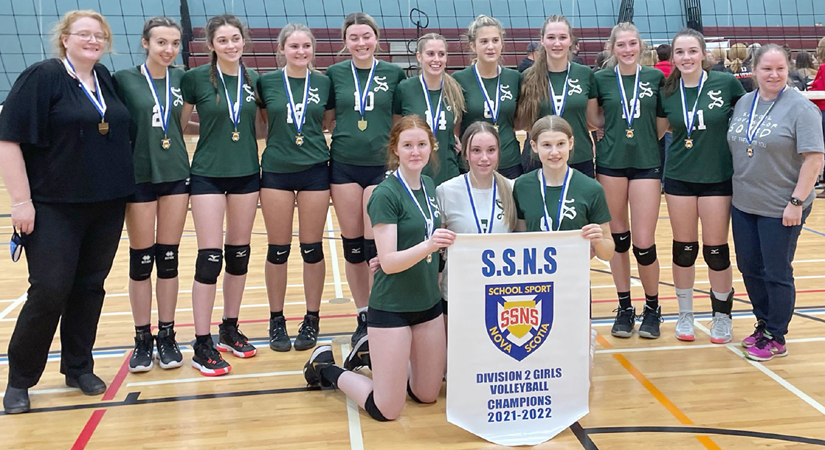 Defence and offence – both are critical components in any team sport. But in the end, it’s the team with the most points that wins.
The SAERC Saints, bolstered by a brick-wall defence, outscored everyone they played to win the School Sport Nova Scotia Division 2 girls volleyball championship.
The two-day tournament was held in Cole Harbour, where, according to Saints coach Kelli MacNeil, the girls were a little shaky on Friday but rock-solid on Saturday.