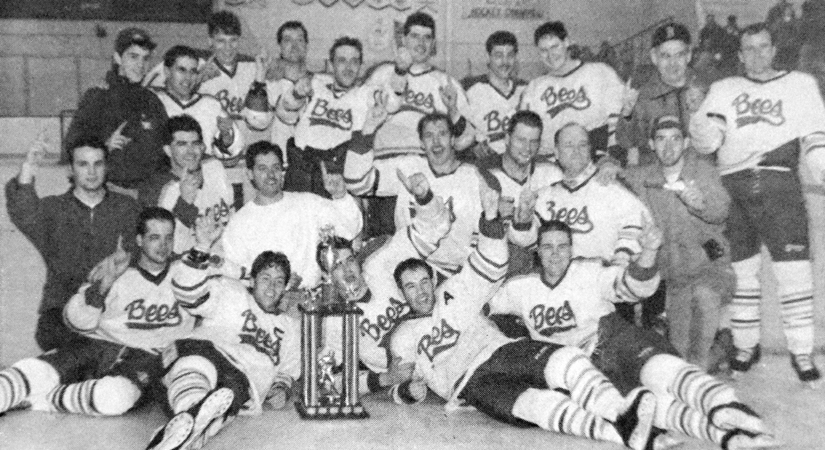 Glenn MacMillan’s knees were still sore and The Oran Cup was still wet with champagne somewhere in Port Hood when the West Island Senior Hockey League executive began meeting for season two.
There was plenty on its plate when it got together in April: what to do with Murdoch MacKinnon, who was suspended indefinitely on March 20 for using an ineligible player in the playoffs; league president Tommy Batherson’s resignation; putting together league award winners for season one; deciding on an import rule; and debating whether or not to allow the Port Hawkesbury Rebels into the fold.
At another meeting during the first week of May, Batherson agreed to stay on until a meeting on May 31, at which time a new executive was to be elected. Batherson said a decision would be made on MacKinnon’s suspension at that time. Also, the new executive would determine the date for an awards banquet.