The Weaving of My Tartan Heart 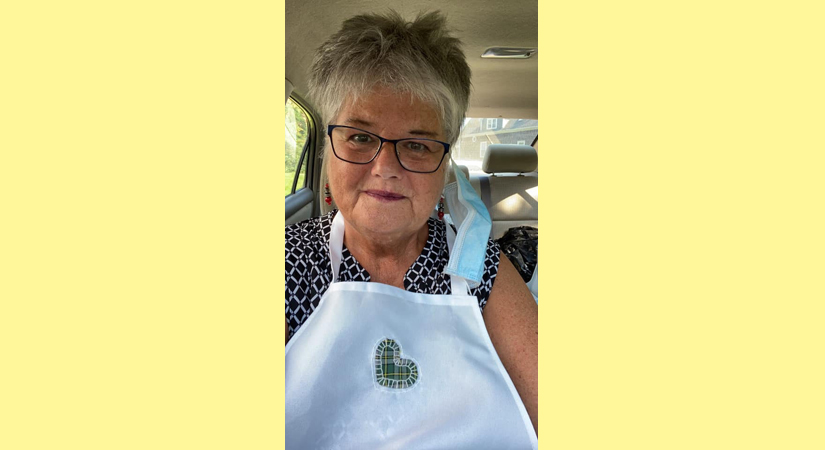 Donelda MacDonnell wearing one of her signature tartan heart aprons.

Donelda MacDonnell learned to sew by watching her mother, Annie Margaret Beaton.
“The first thing I ever made was a dress for my sister’s doll. My sister is Anita and her doll’s name was Gloria, and I can remember it like it was yesterday,” explained MacDonnell.
Her talent for sewing and quilting is well known across Inverness County; however, she very recently turned her hand to weaving together stories from the past.
The Weaving of my Tartan Heart offers a peek through the window of the MacDonnell’s thoughts. Vivid images of a time long past make the reader feel as though they are present in each scene. Stories of when life was simpler, and respect for elders and tradition evokes a warmth you can feel deep in your soul – like a cozy woolen blanket.