Pearleen Oliver – and why she matters now 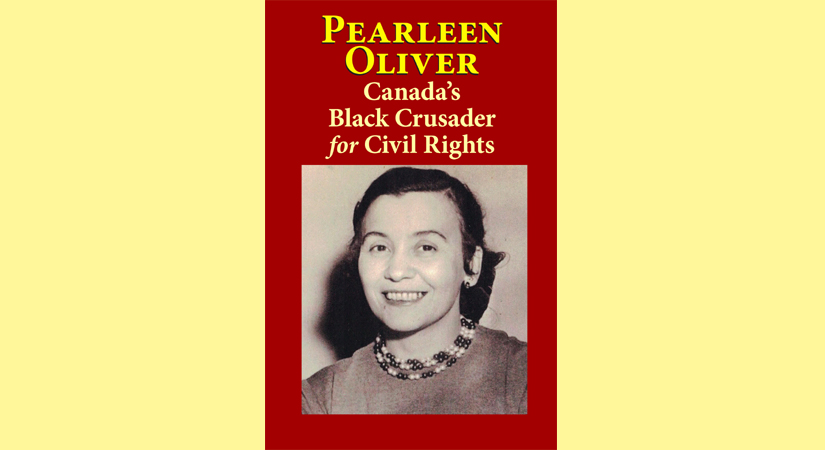 With the publication of Pearleen Oliver, a new name has surfaced in the story of Black history and the fight for social justice in Canada.
Pearleen Oliver is the woman who forced open the doors in Canada so that Black women could get nurses’ training. A founder of the Nova Scotia Association for the Advancement of Coloured People, she was spokesperson for Viola Desmond’s appeal of her 1946 conviction for challenging racist customs, and was with her in the courtroom. Pearleen kicked Little Black Sambo out of the public-school readers and insisted that all children should read genuine Black history. She worked alongside her husband, Rev. William Pearly Oliver, developing the Cornwallis United Baptist Church (today’s New Horizon Church in Halifax), mentoring hundreds of young Black women and igniting new life in the adults. A Chatelane magazine “Woman of the Year,” she was a founder of the Black Cultural Centre and the AUBA Women’s Institute.
In her forceful and elegant manner, Pearleen Oliver said that Black Lives Matter. And this new book reveals the boldness and dignified presentation that won change in her time and earns her a place in today’s conversation regarding race.
When prominent businessmen learned that Oliver was giving provocative talks in her own Black community, they invited her to Rotary and Halifax Board of Trade luncheons. Newspapers covered these meetings, locally and across Canada. And once she was through the door of hotels that refused to cater to Black people – once she was seated and served a lunch in restaurants where Blacks we not allowed to eat – Pearleen Oliver pulled no punches.
She let them know that Black children would give up early on education, quit in grades six and seven – because they did not see opportunities no matter how much education they had. And she insisted it was a failure of Christianity and democracy when boys like her own brothers fought Nazi racism in Europe in the Second World War – only to return home to segregation and discrimination in Canada.
This new book – Pearleen Oliver: Canada’s Black Crusader for Civil Rights – has been composed by editor Ronald Caplan from interviews Dr. Oliver gave throughout the 1990s. Oral historians sought her out and those interviews allow Pearleen Oliver to share her life story today in her own rich voice.
Historian Graham Reynolds, author of Viola Desmond’s Canada, has written about this book: “A fine job editing her interviews and weaving them together with other relevant sources in order to produce a very readable and historically important autobiography…raising Pearleen’s historical stature to the prominence it deserves.
Reynolds continues: “Most Canadians have come to know the story of Viola Desmond and, now, with Breton Books new publication, they will be introduced to the story of Pearleen Oliver – one of the most important civil rights crusaders of her generation. Breton Book’s autobiographical account of the life of Pearleen Oliver’s illustrates that the struggle for justice among Blacks is very much a Canadian as well as an American story.”
Published by Breton Books, Pearleen Oliver: Canada’s Black Crusader for Civil Rights is available in bookstores across Canada. It is also available as an eBook. Due to COVID-19 restrictions, it can be ordered directly from the publisher at www.capebretonbooks.com or via 1-800-565-5140.