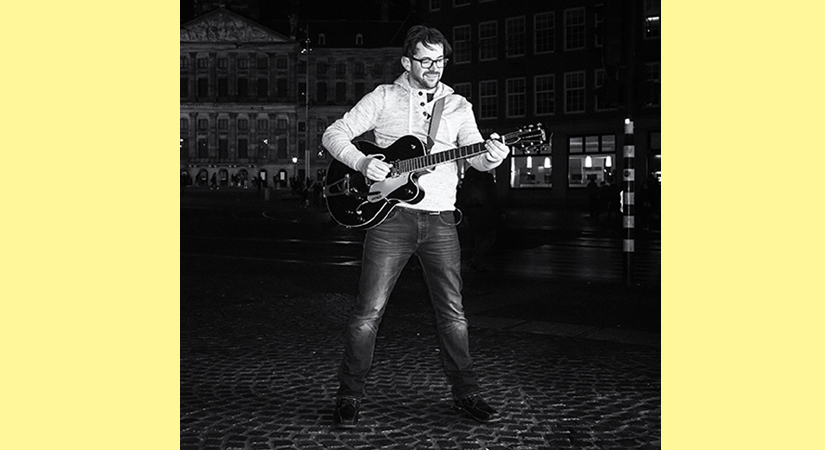 Cape Breton singer songwriter Keith Mullins and Pictou County singer songwriter Dave Gunning have collaborated on a new single called, Somebody Cares – a tribute to first responders and those who work in the health care field.
The song has been garnering a lot of interest in recent weeks. The Oran reached Mullins this week as he was about to embark on a Canadian tour.
The song was released on video on October 28th and is available free for download.

So, we honour the lives that we couldn’t save
grateful for the ones that got away
the hours are long
this place is life or death
where it all begins and you take your last breath

Never grow tired or lose your heart
Never give up when it falls apart
remember that we started out somewhere
and know somebody cares.

“The song started with conversations from Rob Joseph (a dentist in Sydney) and I. We were talking about the struggles of workers in health care and first responders. We talked about everything; about the job, struggles politically, and came to the decision that they needed a tribute or a song of thanks. He reached out to a few of his friends in health care and a nurse sent a story and here’s a bit of what she said,” said Mullins.
This one time, in particular, I was at the second funeral in a week, this one was for a 2-year-old. We went to leave the church and I literally was frozen to the spot. I couldn't move. I literally couldn’t figure out how to move. My boss, thank the lord, saw and somehow understood, and came over and guided me out of the church to the graveyard. It was an unreal experience. But then again when we left, it was back to work with a smile for all the other kids. I still struggle at times with the stress from this job, however, I would never change it. Crazy as that sounds, I love what I do.
“I took that story to Dave Gunning, who I had been really wanting to write with for a while. He is such an honest and grounded individual, hit you in the feels kind of songwriter and I knew he’d be perfect.  We also recorded the song with either him or I on all the instruments. The song has only been out a few days, has a few hundred shares, and seems to be spreading like wildfire. It’s so great when you write something that hits people like that.  We didn’t want to get political, we just wanted to thank them for their efforts, recognize that it’s a tough job and we need them,” Mullins concluded.
Keith Mullins tour dates:
November 6th – Marion Bridge, NS @ Taigh Nan òg
November 7th – Charlottetown, PE @ Old Triangle
November 8th – Florenceville, NB @ Second Wind Music Centre
November 9th – Saint John, NB @ Pub Down Under
November 10th – Cambridge Narrows, NB @ Woodhouse at Norwood
November 14th – Kanata, ON @ Debbie and Gary’s House Concert
November 15th – Ottawa, ON @ Jen and Dan Hood’s House Concert
November 16th – Ottawa, ON @ Kent St. Legion
November 16th – Carp, ON @ Kerry and Andy’s House Concert
November 20th – Drayton Valley, AB @ Drayton Valley School
November 21st – Drayton Valley, AB @ Drayton Valley School
November 22nd – Drayton Valley, AB @ Kupsch’s House Concert
November 23rd – Edmonton, AB @ Salter’s House Concert
About Keith Mullins:
Born and raised in Cape Breton, Nova Scotia, music and Keith Mullins, for a quarter-century, have been synonymous with the East Coast Music Scene. His professional career, beginning at the ripe age of 15, has taken him around the world and onto many stages sharing the spotlight with some genuine musical greats such as Matt Anderson, Ron Hynes, Bruce Guthro, Lennie Gallant, Gordie Sampson, Jimmy Rankin, Natalie MacMaster, The Mellotones, Garrett Mason, and many, many more. Keith has garnered several industry awards including two ECMAs and six Music Nova Scotia awards, two of which being Musician of the Year. Keith plays over 250 shows a year and is currently touring across Canada to promote his latest album (Onward and Upward). The album, which is available for pre-order, consists of tracks made in collaboration with Matt Anderson, Gordie Sampson, Meaghan Smith, and Classified.