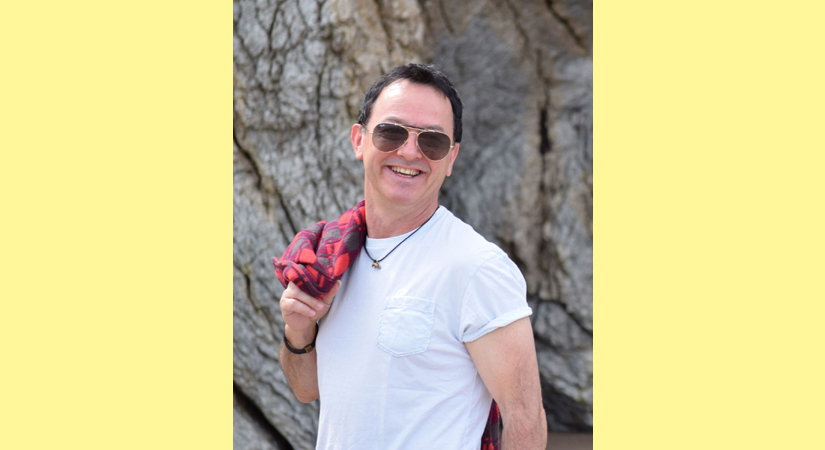 Legendary Canadian singer-songwriter and ECMA winner of this year’s Fans’ Choice Entertainer of the Year Jimmy Rankin announces an exciting new show, Jimmy Rankin’s Online Nova Scotia Kitchen Party, to be streamed online on December 11th at 8:00 p.m. Atlantic time via jimmyrankin.com.
This exciting virtual experience, originally filmed at The Derby Showbar in Halifax on November 7th, 2020, brings fans an authentic taste of the Maritimes and features the music and stories we’ve all come to know and love, along with special guests Lennie Gallant and The Fare Thee Well. Due to popular demand and overwhelming response from fans disappointed they could not get tickets because of COVID-19 restrictions, Rankin will air the performance as a special online show followed by a 30-minute live Q&A with fans. For more information on this down home, one of a kind evening of entertainment from the comfort of your own home.
Sing along with Jimmy as he takes you on a musical journey filled with hits and fan favourites, like Tripper, Movin’ On, and Fare Thee Well Love (recently inducted into the Canadian Songwriters’ Hall of Fame).
Rankin reflects, “Being holed up at home these past months, unable to travel and tour, I realized how starved I was for social interaction, live music, and a good dose of fun…yeah remember that word? Growing up, we used to entertain at home. We would have kitchen parties and the recipe is pretty simple. Doesn’t matter where you are, just add friends, food, music, good cheer, and there you have it. These days, most folks are staying in and might I say, feeling somewhat deprived? So, I’m taking my kitchen party online with a show I’m hosting with my band and special guests to bring some joy and music to kitchens around the world.”
Earlier this fall, the soulful “Fare Thee Well Love” written by Jimmy Rankin and performed by The Rankin Family, was inducted into the Canadian Songwriters Hall of Fame (CSHF). “‘Fare Thee Well Love’ is an exquisite example of song writing,” said Vanessa Thomas, CSHF executive director about one of Canada’s most enduring Celtic ballads of all time. “The song’s haunting beauty and emotion transcends genre, time and space – and takes your breath away.”
The song crossed over to No. 1 on both RPM’s Canadian country and adult contemporary album charts, reaching quintuple platinum sales by 1996. Fare Thee Well Love was a #1 hit on A/C radio for two weeks – the first Canadian single to reach the top of the charts since Gino Vanelli’s Wild Horses in 1978. The track had the distinction of winning the JUNO Award for Single of the Year in 1994, in addition to sweeping that year’s categories for Group of the Year, Country Group, and Canadian Entertainer of the Year. The song also garnered several awards at the 1994 East Coast Music Awards for Video of the Year, along with awards for Entertainer of the Year, Group Recording of the Year, Live Artist of the Year, and Recording of the Year.
Fare Thee Well Love joins the permanent and interactive exhibition at the National Music Centre in Calgary, that features a celebrated catalogue of inducted songs that fans can listen to, as well as displays, exclusive artifacts, and one-of-a-kind memorabilia celebrating Canada’s greatest songwriters and Inductees.
Rankin is a true original in Canadian music, at a time when people are searching for authentic cultural voices who tell strong stories and write well-crafted songs. In 2019, Rankin took the sounds of Cape Breton across Canada on the Songs From Route 19 tour featuring songs from his 7th and latest album Moving East (True North Records), beloved solo hits and Rankin Family classics. Moving East captures the beauty, joy, and mystery of Cape Breton, inspired by Rankin’s decision to move from Nashville back to Nova Scotia. Produced by fellow Nova Scotian Joel Plaskett, the music is a homecoming album featuring true stories, tall tales and bittersweet ballads, and the classic folk-rock sound that Rankin helped pioneer.
Jimmy Rankin, who cut his teeth on stages in and around his Cape Breton Island home, has established himself as one of the most hard-working and respected Canadian artists in the recording industry. Rankin’s career boasts multi-platinum sales and numerous industry awards for his work with The Rankin Family, as well as his five critically acclaimed solo records: Five JUNOs (including prestigious Entertainer of the Year), 30 East Coast Music Awards (ECMAs), nine SOCAN Top Radio Play awards, two Music NS Awards, two Canadian Radio Music Awards (CRMAs) including Best New Solo Artist – Adult Contemporary, and seven Canadian Country Music Awards (CCMAs), including 2011 and 2012 Roots Artist of the Year. He released six critically acclaimed albums plus Moving East which debuted at No.2 on the iTunes singer songwriter chart. The Rankin Family became a cornerstone of the East Coast music industry and helped pave the way for future generations of Atlantic Canadian musicians. Over his 30-year strong career, Jimmy has collaborated and recorded with such artists as John Prine, Keith Urban, The Chieftains, and Alison Krauss.
Don’t miss Jimmy Rankin’s Nova Scotia Kitchen Party (online), December 11th, 2020, 8:00 p.m. AST; 7:00 p.m. EST; 5:00 p.m. MST; 4:00 p.m. PST; ticket price: $20 per device; ticket link: www.jimmyrankin.com